Enter in My Demetra Dust the meat with the flour and place in a frying pan with the butter and a sprig of thyme. Gently seal on both sides without browning and season with salt.
For the artichokes:
Cut the artichoke leg into cubes. Slice the top part and heat in a frying pan, adding the clear stock to make a sauce.
Line the inside of a steel cutter the same size as the meat with the slice of lard.
Put the artichoke leg cut into cubes in the bottom, place a medallion on top, leave the other medallion on the baking tray and finish cooking in the oven. Finely slice the artichokes in brine, dip in the flour and corn starch, fry and then salt.

Place the medallion on the artichokes in the centre of the plate, unroll half the length of the lard. Slice the other medallion and arrange along the unrolled lard.
Put some sauce around the side of the medallions.
Finish by arranging the cloud of fried artichokes, the bread spiral and the remaining sprigs of thyme on the whole medallion. Serve hot.

Products in this recipe 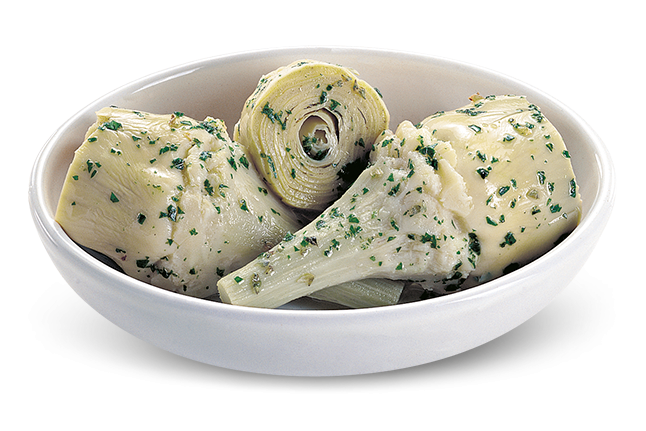